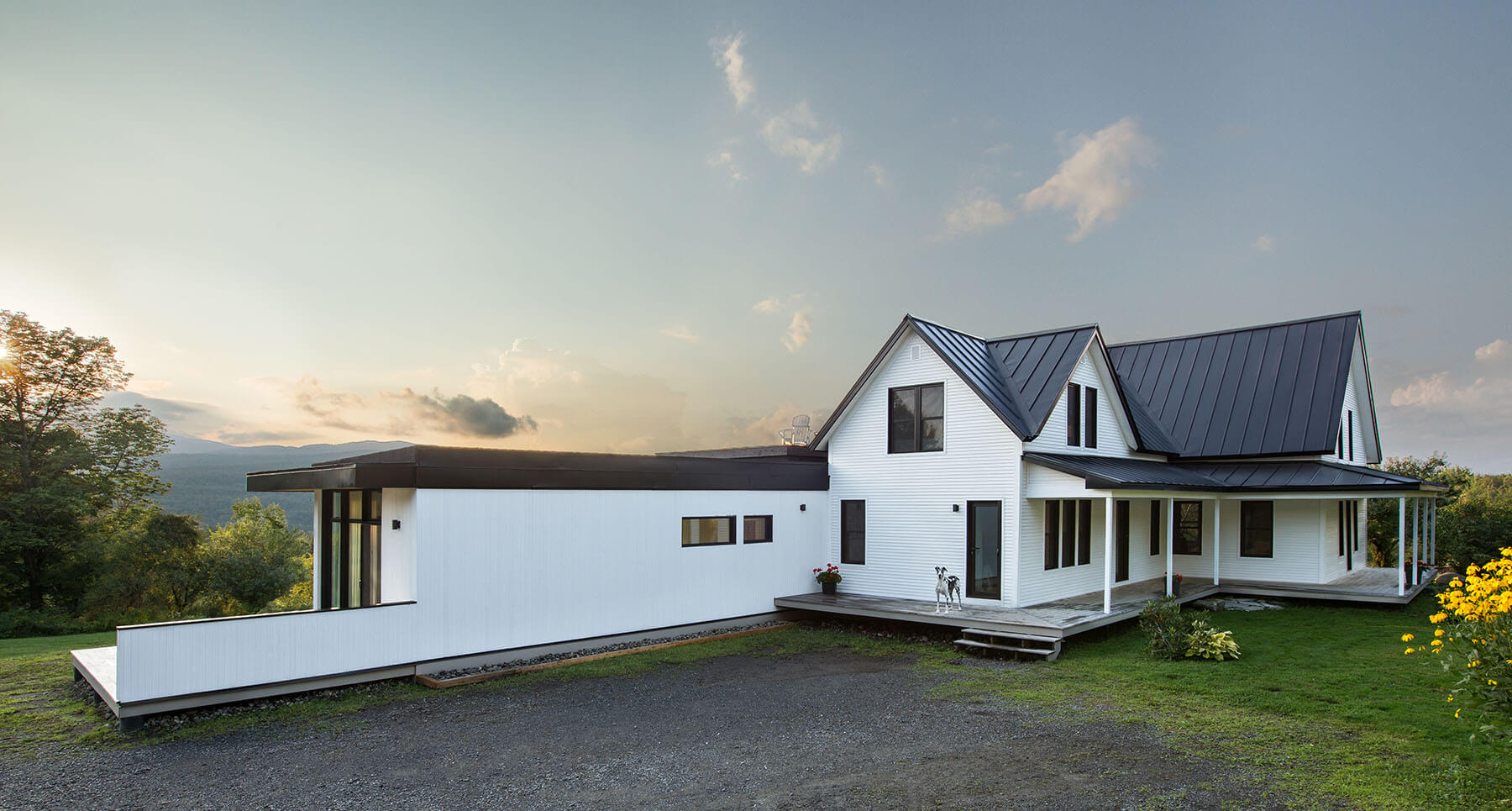 This project consists in the renovation and extension of a hundred-year-old farmhouse located on a vast rolling property in the Eastern Townships. The house was neglected and abandoned in the 1980s and 1990s until the current owners acquired it in 1998.

The extension was developed following the concept of a line of openings to the landscape. Each room had to present a view frame to the panorama, a window towards a season-changing picture.

The project was modeled as a long and narrow volume built underneath the ancestral home soffits limit. The extension has been built following a horizontal line like a large gallery added to the old house.

The concept was to cover the original building and the extension with the same material: a white vertical wood siding for the addition and white horizontal clapboard for the old farmhouse. By doing so, the two volumes, originally distinct, are assembled into a coherent ensemble.

The interior has been developed with the intention of unifying the different rooms by the same texture. Inspired by the old barns built in the region, we used an apparent local hemlock wood structure of beams and columns with wood decking, all painted white. By its tectonic, this addition is more than an echo of the past, it’s a way to reborn again for a new decade. 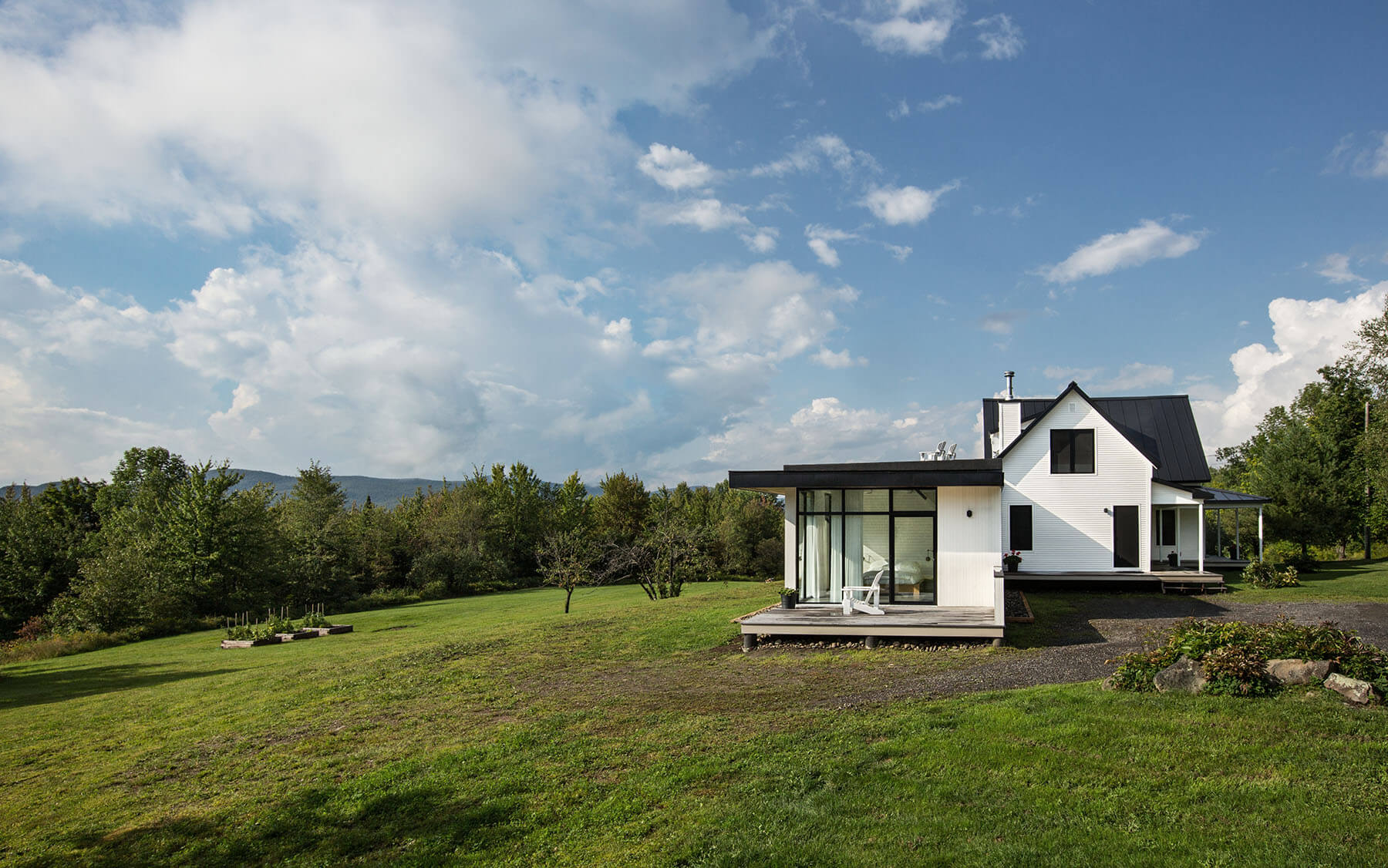 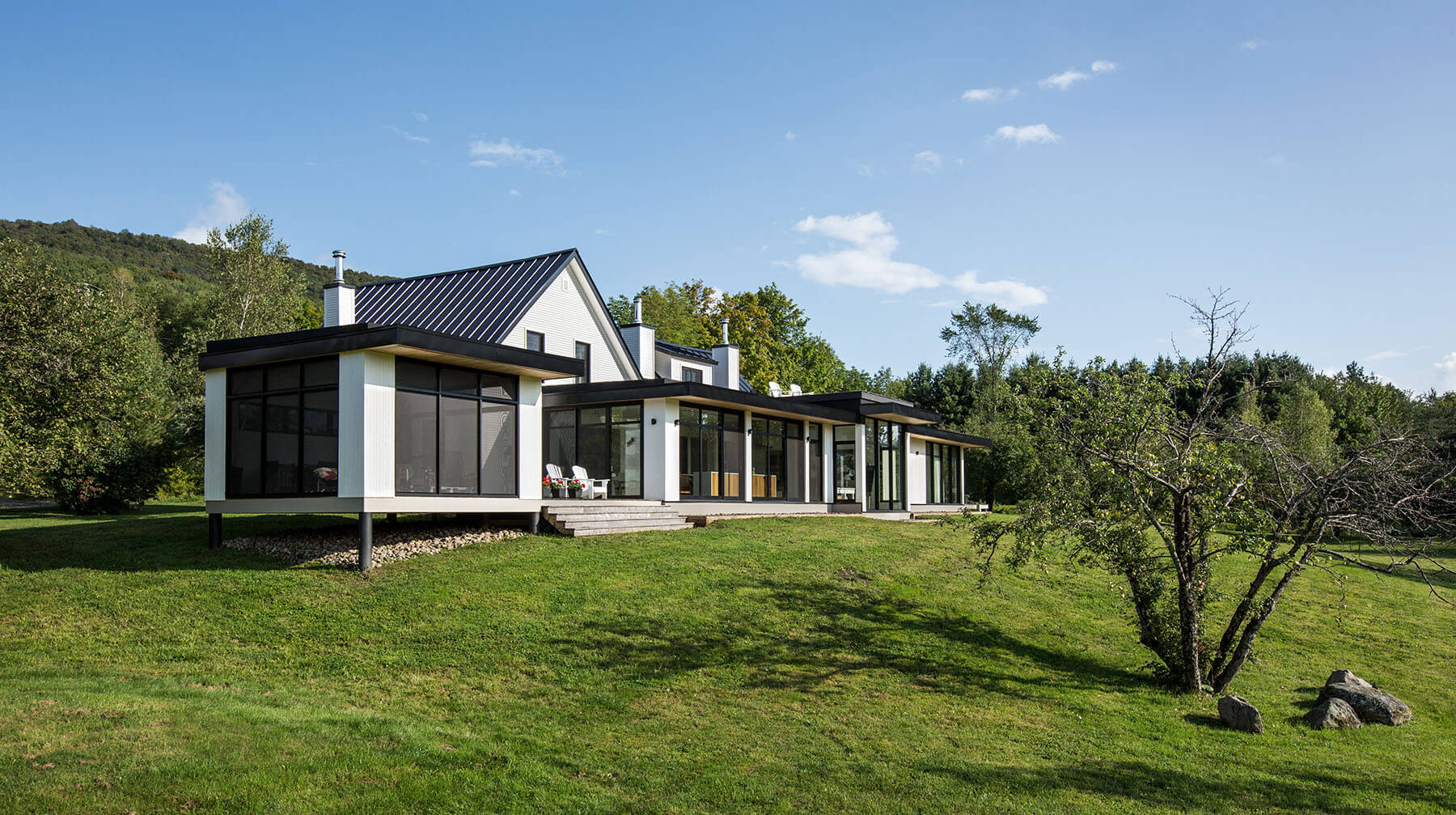 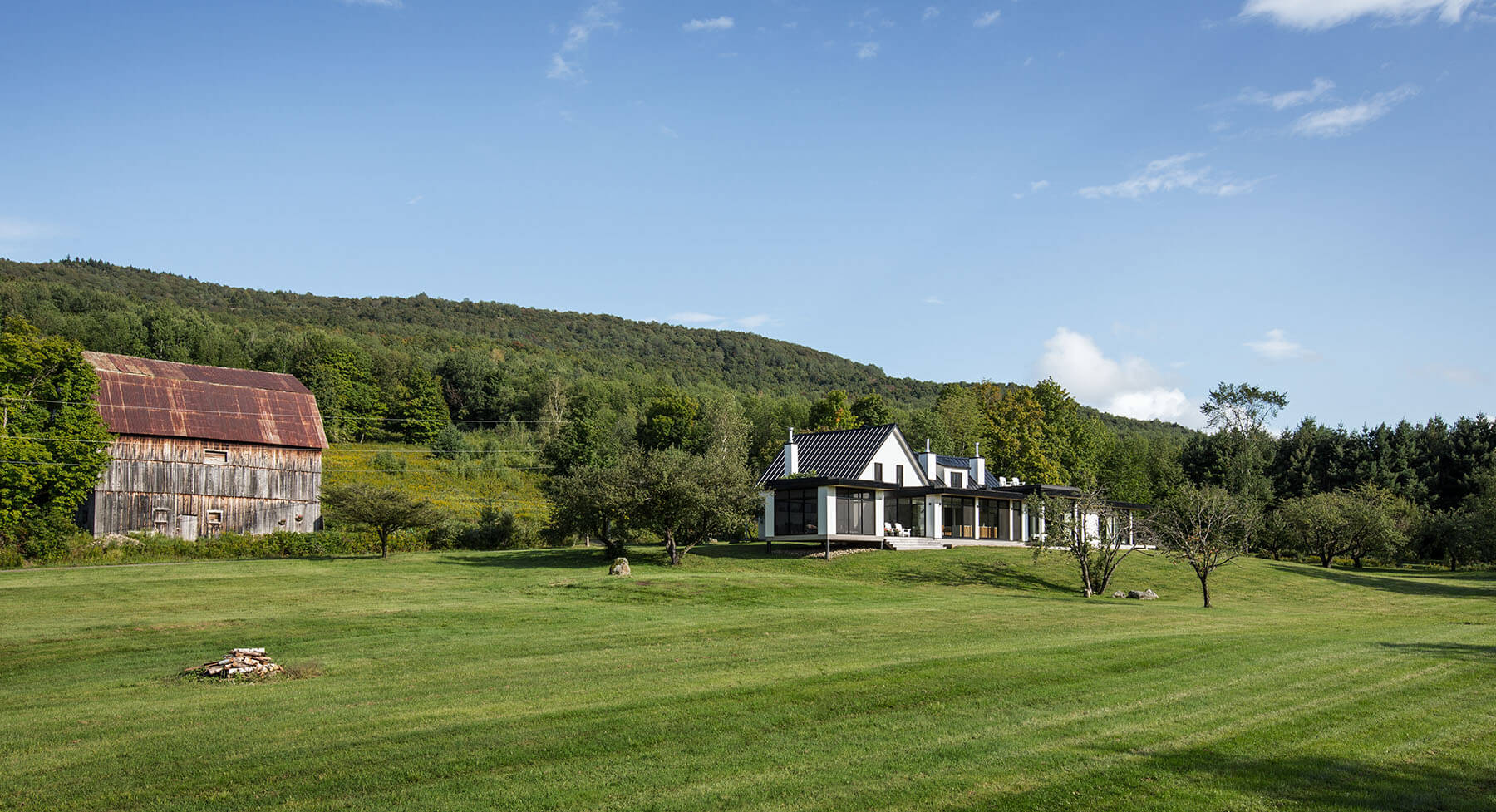 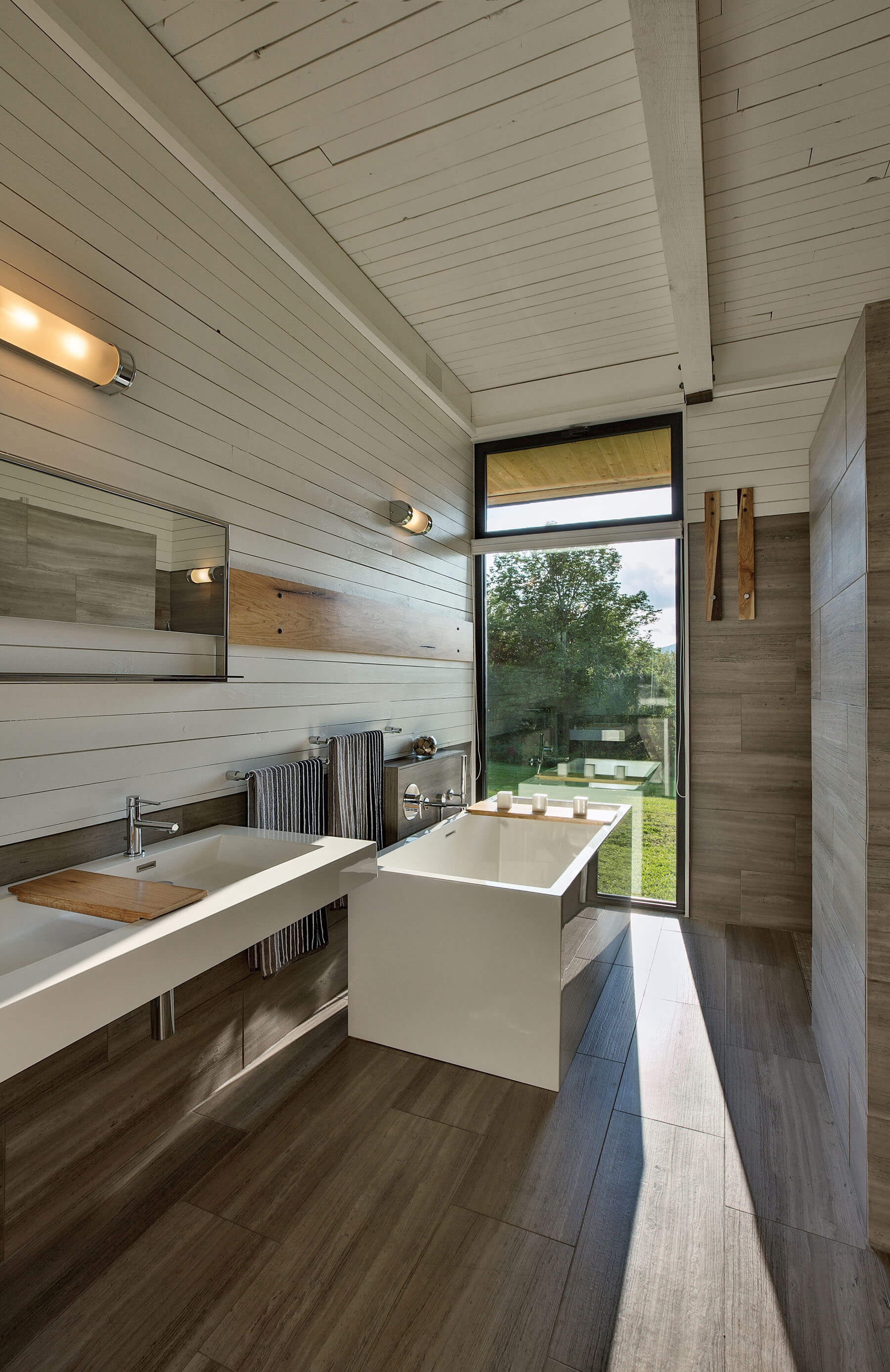 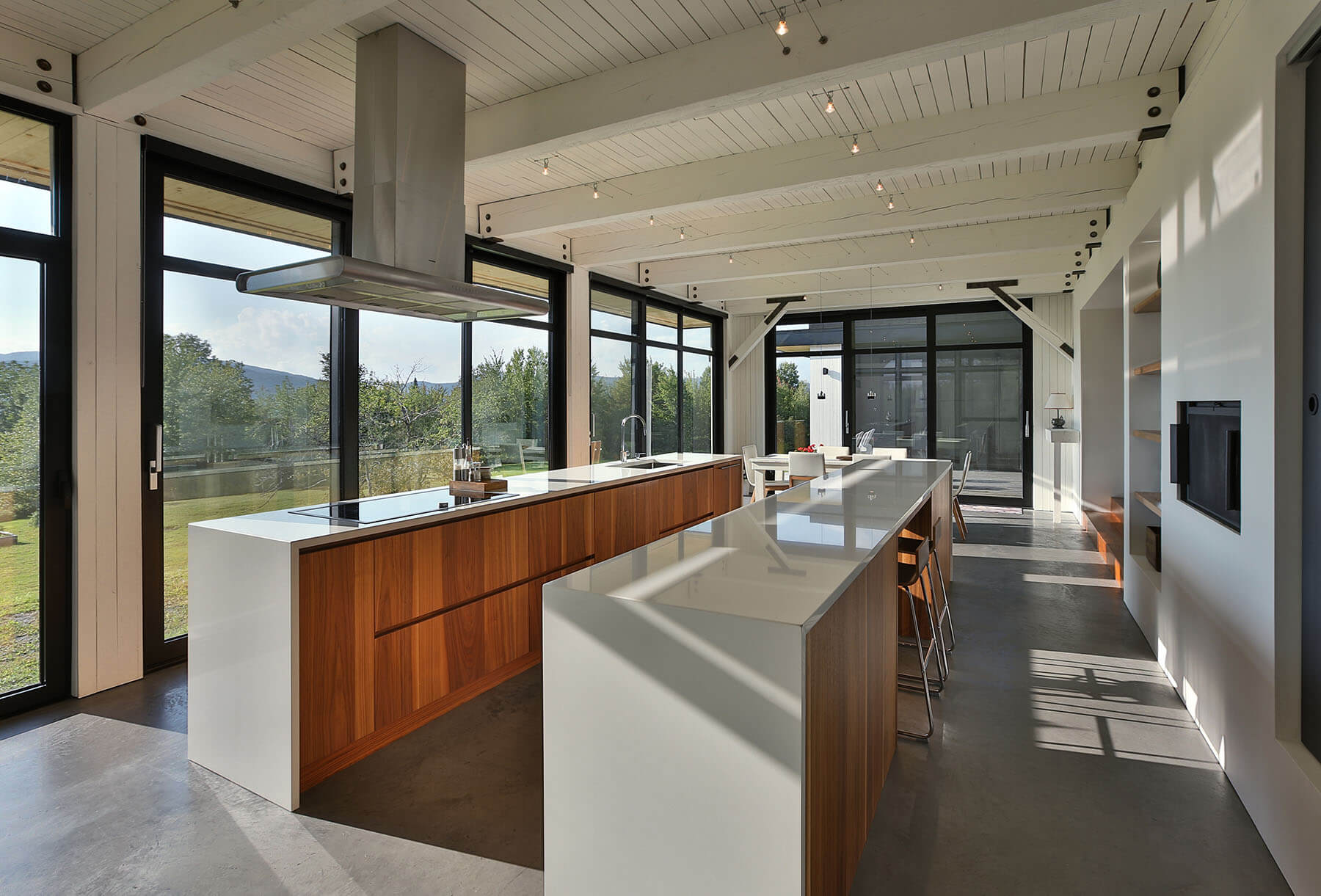 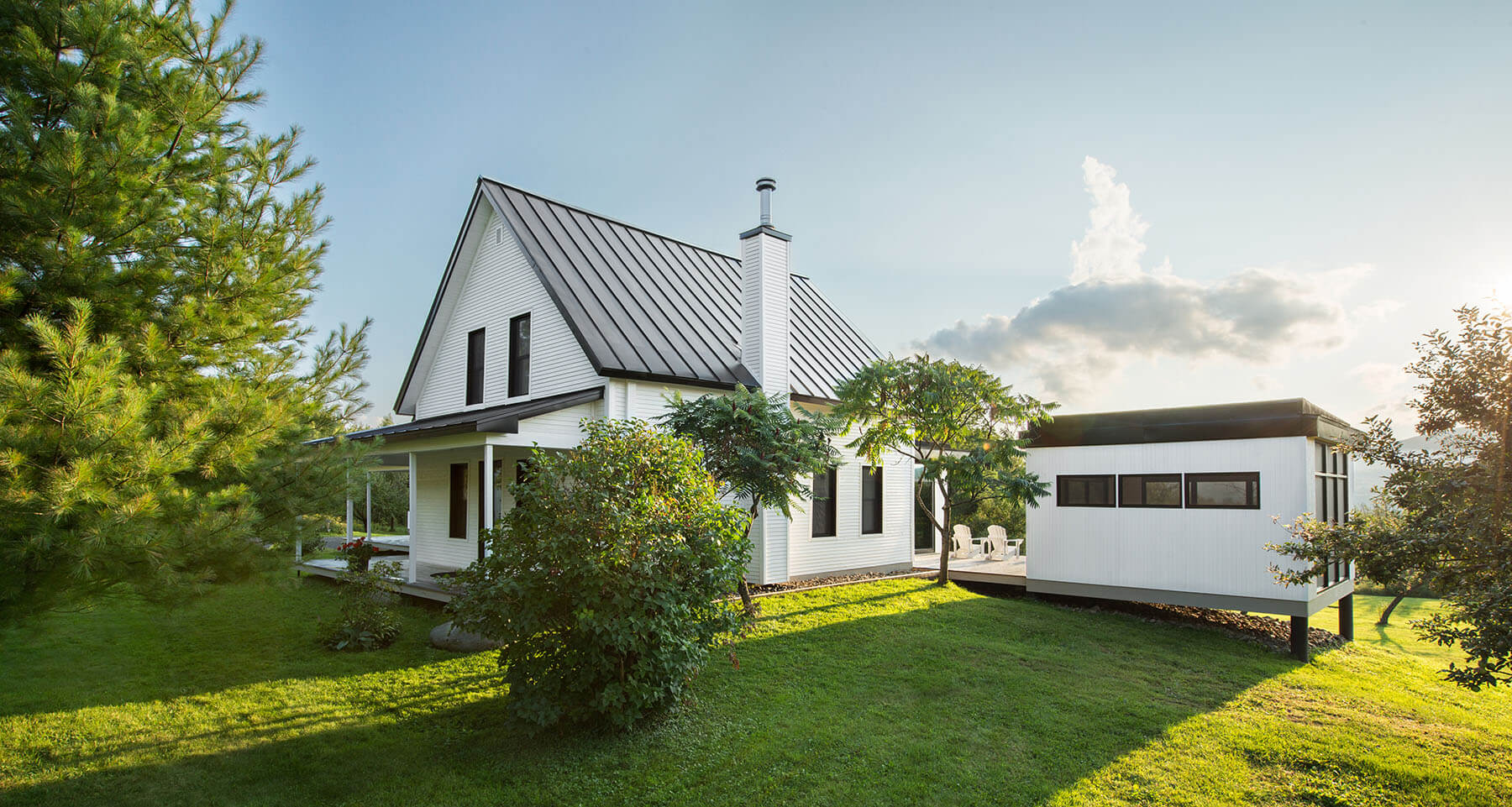 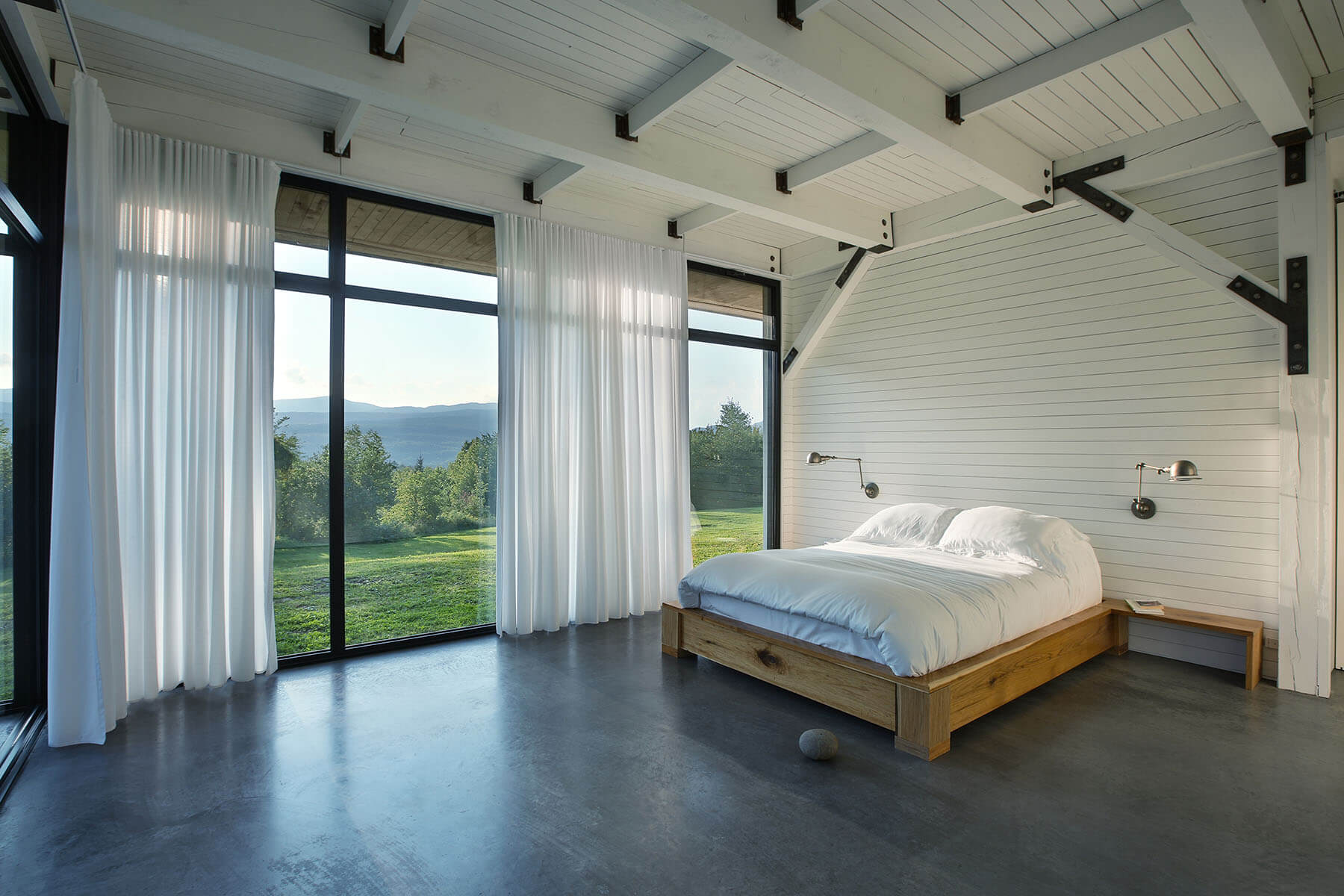 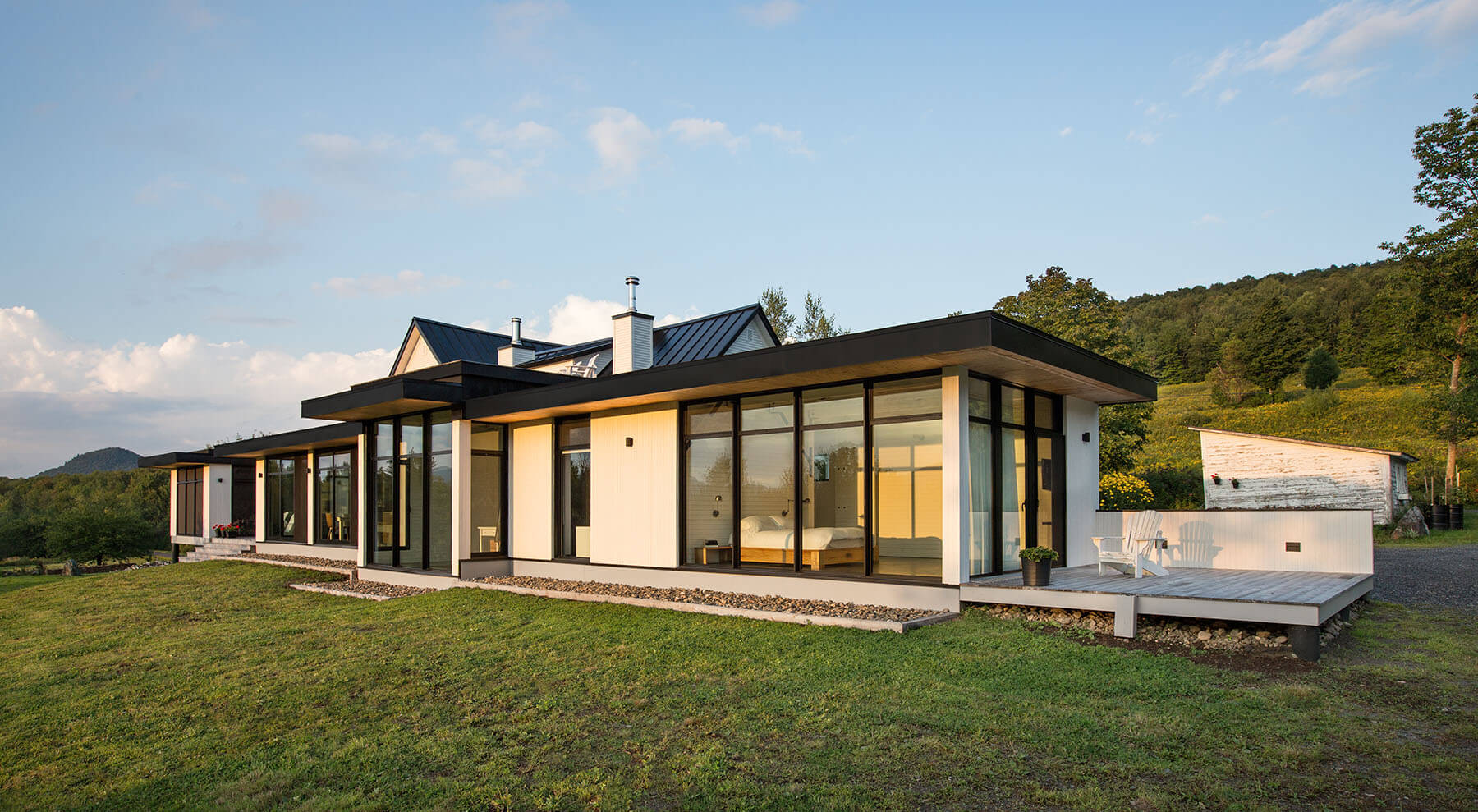 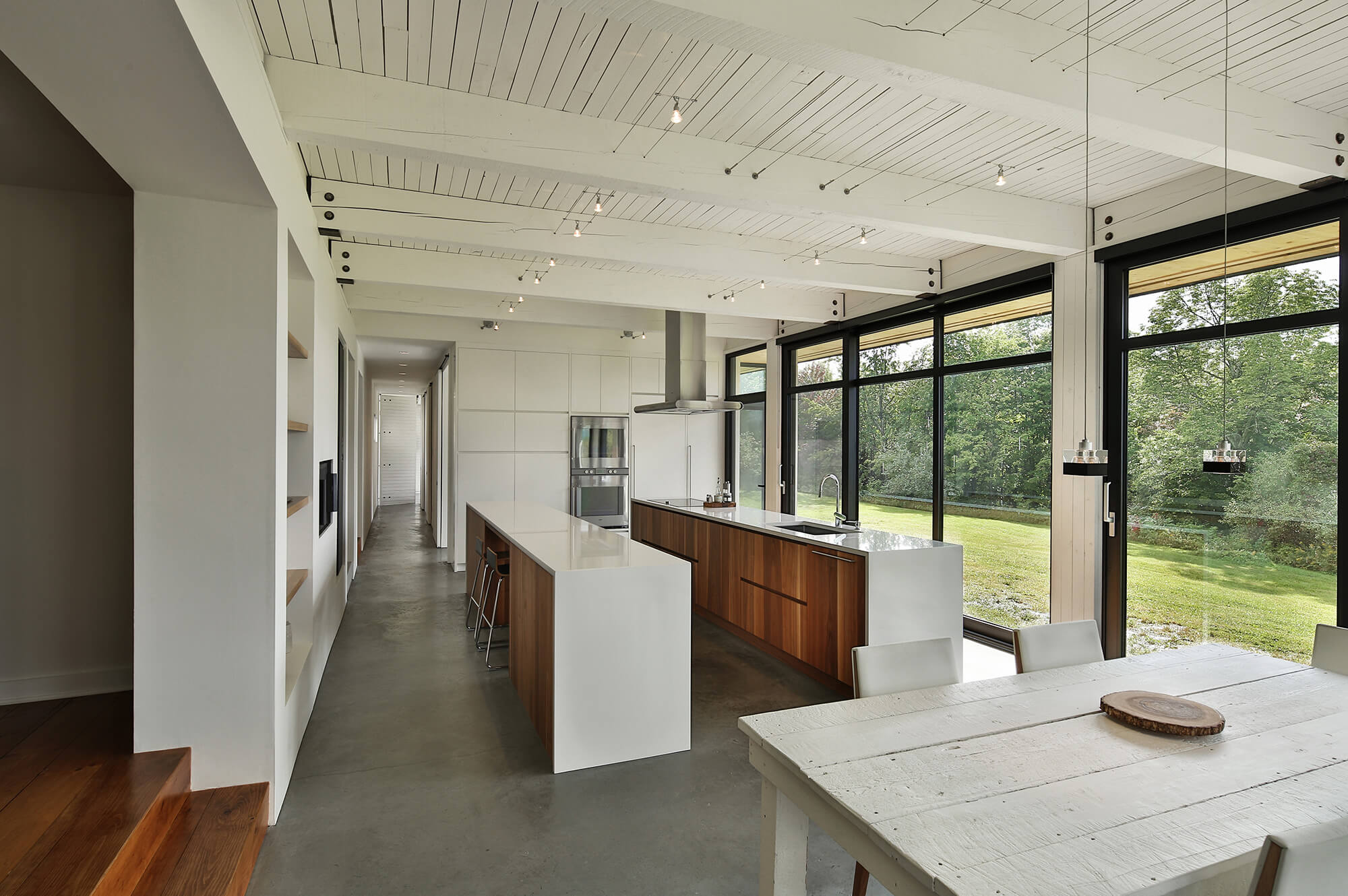 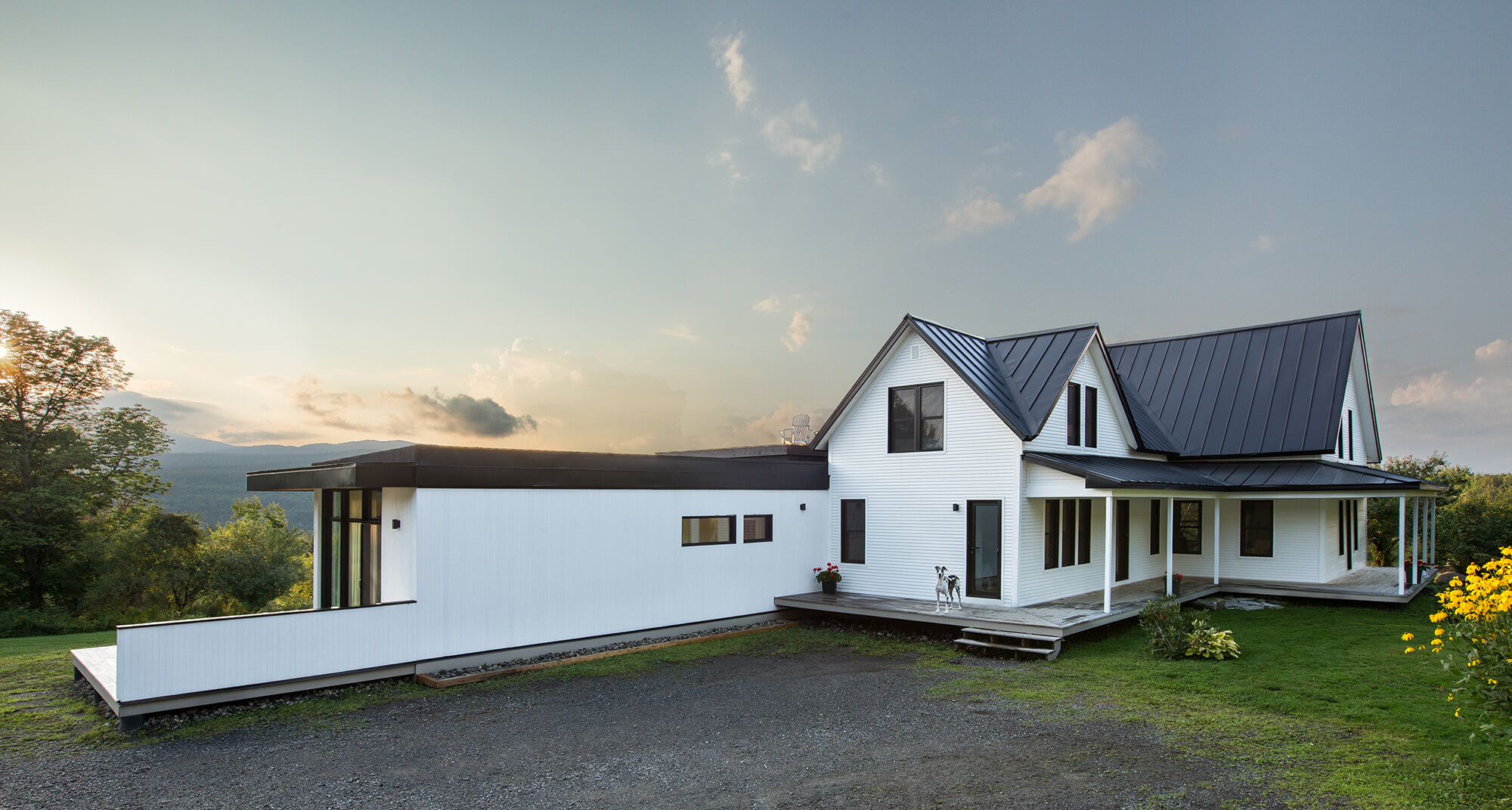