Louis Thellend and Lisa-Marie Fortin form a dynamic team with an innovative approach to architecture, its relationship with its context, and its impact on the environment.Their practice has allowed them to develop a sensitive vision of the environments in which their projects transpire.

Their creative approach explores the dynamics of contemporary life, and their architectural achievements demonstrate deep insight into current issues and practices. Possessing diverse architectural experience, Thellend Fortin have collaborated on the design and development of local and international projects of all scales. 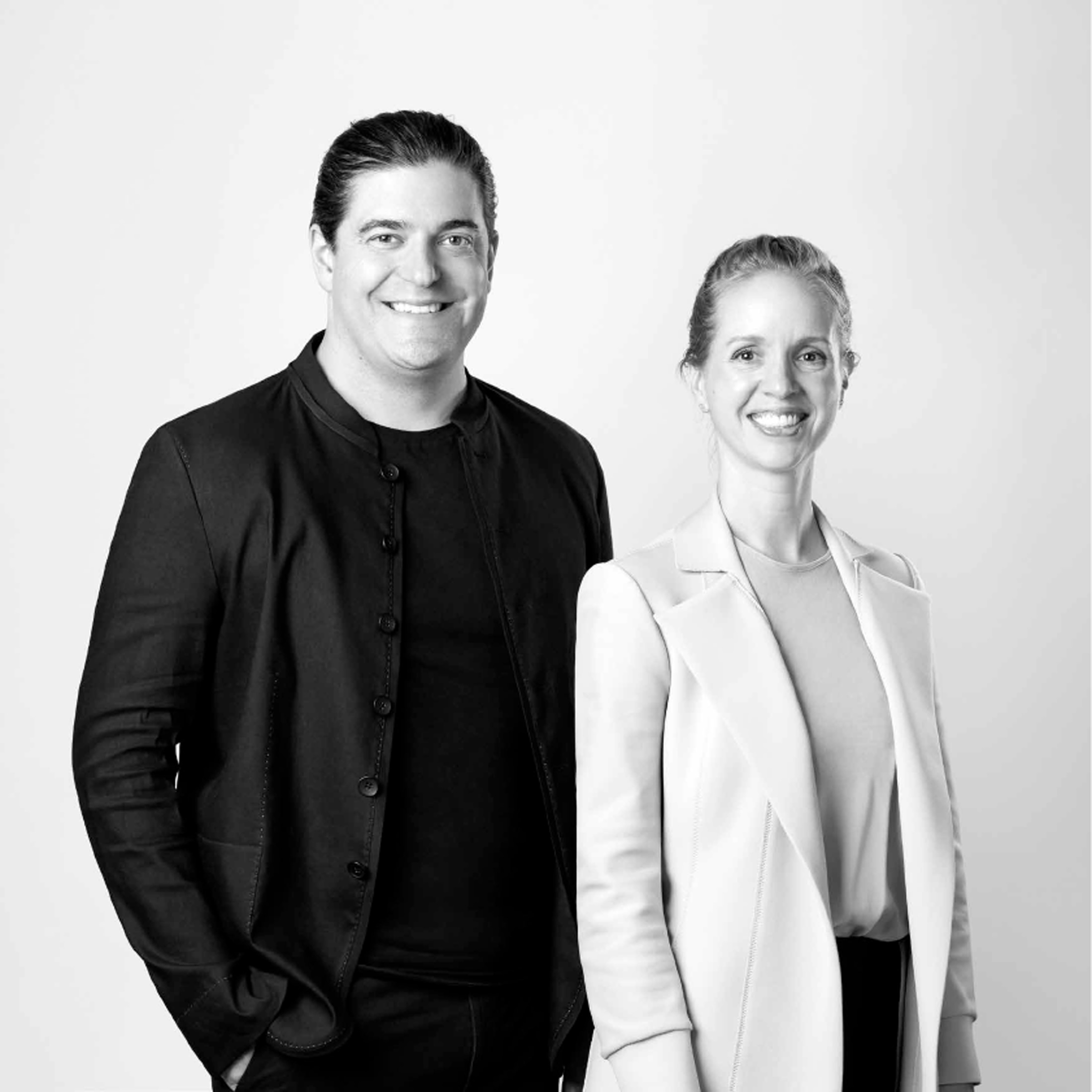 Lisa-Marie Fortin received a Bachelor of Science in Architecture (Honours) as well as a Masters in Architecture (Professional) from McGill University, where she specifically focused on community-based ecological residential development projects. She was the recipient of the Wilfred Truman Shaver Scholarship during her undergraduate studies, and received the Hugh McLennan Memorial Scholarship in recognition for her outstanding performance throughout her professional studies in architecture. She was also awarded the American Institute of Architects Henry Adams Medal and was invited to become a member of the Golden Key International Honour Society in acknowledgement of her academic achievements.

Having founded her own company, she participated in the realization and coordination of several resort projects in Quebec, the United States, and Brazil. Her professional experience, acquired at leading Quebec and Spanish firms, has led her to collaborate on major international competitions, including Campus Aerospace in Toulouse, France, and the Fortaleza resort in Brazil.

Louis Thellend received a Bachelor of Science in Architectural Design, followed by a Masters in Architecture (Professional) from Université de Montréal. In the academic realm, he is a visiting professor, currently teaching students who are completing their final project in the professional master’s program.

He is the recipient of the Royal Architectural Institute of Canada’s Student Honour Roll medal, awarded to a student who has completed the most outstanding final design project in a professional Master’s in Architecture program. Following this academic recognition, he played an important role on the design teams of various distinguished firms in Quebec and abroad, receiving several awards and distinctions for his work.

In collaboration with internationally renowned firms, he has participated in the design of major large-scale projects such as the McGill University Health Centre in Montreal, the Abdullah Al-Salem and Jaber Al-Ahmad Al-Sabah Cultural Centre in Kuwait, as well as the new head office of the Spanish bank Caja Badajoz and the courthouse for trade and social affairs on the Campus de la Justicia de Madrid, both in Spain. In 2007, he joined forces with Lisa-Marie Fortin to found Thellend Fortin Architectes.

The House at Lac Brome